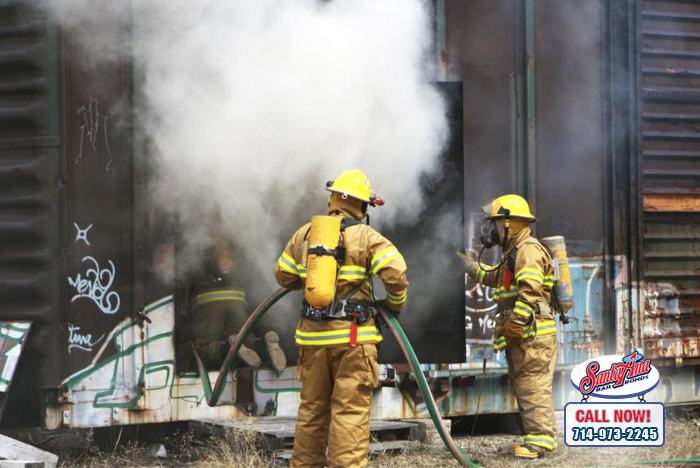 California does this thing every so often that involves turning the state into a giant flame. Our thoughts go out to all who may be in danger from the fire, and to the firefighters working the longer than normal shifts. Unfortunately, this happens at least once a year. It seems like California decides “Hey you know what would be fun? Catching on fire!”

As a native Californian, you’re constantly worried about earthquakes and temperatures dropping below 70. However you also have to worry about fire season. Fire season is not a joke, and should be taken seriously. For California, Fire Season generally falls between June and October. This is when temperatures are at their highest, and santa ana winds blow across the state. The recent drought that California experienced produced the perfect climate to host fires.

Currently there are several fires that have taken up residence in Southern California. Earlier this year, during the official fire season, Californians lost huge parts of their wine country. Now the fires threaten several museums, thousands of homes, livestock, and lives.

As these fires continue to burn we worry about friends, families, and even ourselves. We start to question how these fires come about. According to National Geographic, four out of five are started by people. Burning campfires, cigarette butts, and lightning are also contributing factors.

Listen to Smokey the Bear and remember: “Only you can prevent wildfires.”