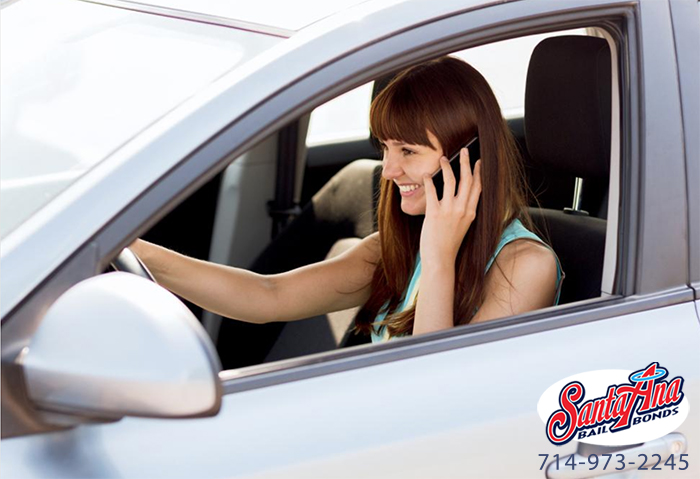 Even with all of the PSA’s out there, there are still some drivers who think it is okay to talk on their cell phone while driving. It is still a common enough practice that you can see at least once a day. However, driving while talking on a cell phone without a hands-free device is illegal in California. If a driver is caught breaking the law, they will face consequences.

Driving while using a cell phone can be very distracting, which can cause a driver to not notice important events going on around them. This leads to an increased chance of their being an accident, which is why the practice was outlawed. It is estimated that roughly 28% of all car accidents in the US are caused by cell phone use behind the wheel. This equate to about 1.6 million car accidents every year.

Using a cell phone while driving without a hands-free device is an infraction level offense in the state of California. A first time offense can earn a person a base fine of $20, which after assessments, will likely total more than $150. Any subsequent offenses will start at $50 and will likely total around $250. Is any phone call really worth that much money?

In addition to the ticket and fines, a person will also receive points on their driver’s record. If they acquire too many points in too short of time, they can have their driver’s license suspended. Then they will need to find another way to get to wherever they are headed.

Driving will distracted by anything is dangerous. A driver needs to keep their focus on the road in front of them. If they don’t, then they could very easily wind up in a car accident.

That is something that nobody wants, so it is best to let the call or text wait until reaching the intended destination to reply.