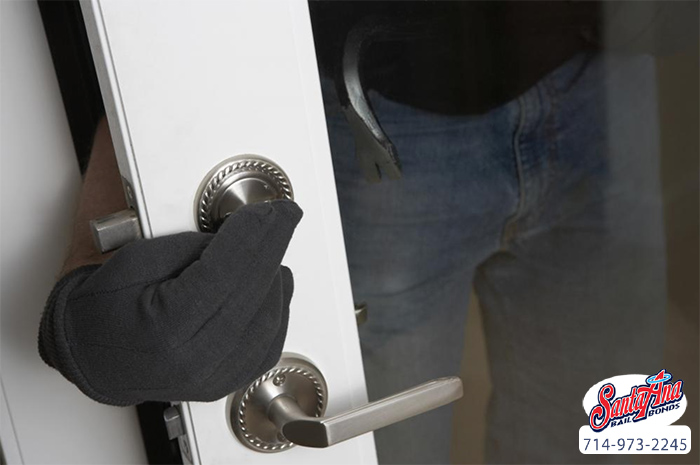 When it comes to homes, people are very protective, after all, homes aren’t easy to achieve and are each person’s own little kingdom. At home, people are safe and able to store everything that is important to them. No one ever wants anything bad to happen to their home, or to have some random person enter it. Unfortunately, that can’t always be prevented.

Home invasions are nightmare scenarios for most individuals. As mentioned earlier, homes are meant to be safe havens for people, and to have some stranger break in is truly terrifying. There are so many scary stories of home invasions out there. However, there are also, surprisingly, some funny ones as well.

In the following two stories, what could have been something terrible, turned out to be pretty entertaining, once the event passed.

Earlier this year, a woman was home alone in Washington County, Oregon when she heard some strange noises coming from her bathroom. When she investigated, she could see shadows moving underneath the door. She immediately suspected that a burglar had entered her home and was attempting to rob her.

She immediately called the police. Officers surrounded the house and had canines ready to go. They entered the building with guns drawn, unsure of what to expect as they ordered the occupant of the bathroom to come out with their hands up. They received no response from the hiding thief other than continued rustling.

After 15 minutes being on the premises, the officers entered the bathroom, ready to confront the intruder, only to discover a very trapped Roomba Robotic Vacuum. The Roomba must have accidently shut the door on itself, trapping it within the room. The official report states that officers witnessed “a very thorough vacuuming job being done by a Roomba.”

More recently, a Texas woman locked herself in her closet when she heard breaking glass and strange footsteps in her home. Separated from her gun, the woman called the police, informing them that someone had broken into her home. Officers rushed to her home.

From within her closet, the woman heard as the first officer arrived and ordered the intruder to come out with his hands up. When no response came from the intruder, the officer called for backup. Once it arrived, the officer entered the home with guns drawn. They tracked down the source of the noise and discovered that the intruder was not a robber, just a very lost and confused deer.

The tense situation quickly diffused for the officers once they realized there was no immediate threat. They then worked to herd the deer out the door, which in its frightened state, caused a good amount of damage to the woman’s home.

The entire incident was captured by police body cams, and then released on social media. The short video is about as chaotic and entertaining as one might expect. Even the officers were able to laugh about the incident and released a wanted poster for a “Jane Doe aka StandDown It’sADeer.”

How to Deal with a Break-In

A home invasion is something that no one ever wants to deal with. In many instances, most don’t want to even imagine what might happen in the event of a home invasion. However, they should consider it from time to time. The best way to prepare for any emergency is to have a contingency plan in place. A person should know how to get out the house and go to a neighbor’s if need be, and where any weapons, or possible weapons are, within the home in case they need to defend themselves. Simply by having a plan in place, a person will be a lot calmer in the event of a break-in.

Another good tip is for a person to always have a cellphone and their car keys close to their bed while they sleep. The phone will allow them to dial 911 and the panic button on key fobs is a good way to make a lot of noise and scare off thieves.

Hopefully, if a person ever does find themselves in a home invasion scenario, it turns out to be more like one of the two incidents above, and not a real home invasion. That is something no homeowner ever wants to experience.

Do you have any stories that might have been scary at the time, but turned out to be funny in hindsight? Share them in the comments down below.