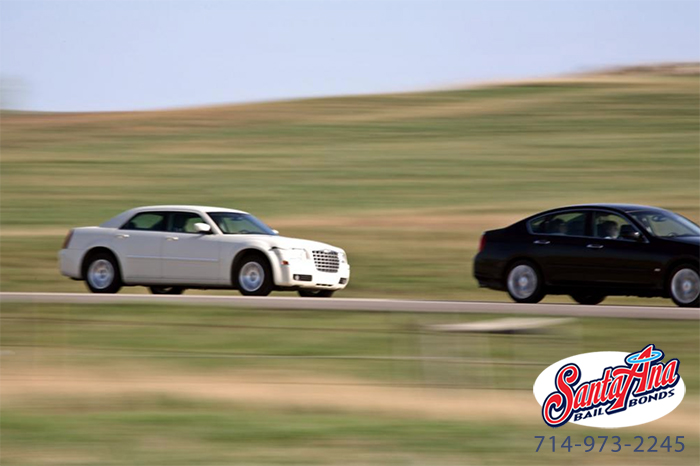 Speeding Is a Big Deal

There are so many different laws here in California that it is practically impossible for a single person to remember every law within the state. However, there are some laws that everyone knows about and yet choose to ignore. There are a few select laws out there that people break all of the time, some even daily, because they don’t view it as a big deal.

A perfect example of this are speed limits. There are many drivers out there, especially here in California that view speed limits as suggestions. Some people view the limits as the slowest possible speed they will go. For the others, anyone going the speed limit is driving too slow. Still, speeding is illegal and incredibly dangerous, and should be avoided.

Here in California, speeding is made illegal under Vehicle Code (VC) 22350. This law makes it illegal for a person to drive faster than is considered safe for the circumstances. The exact wording is:

“No person shall drive a vehicle on the highway at a speed greater than is reasonable or prudent having due regard for weather, visibility, the traffic on, and the surface and width of, the highway, and in no event at a speed which endangers the safety of person or property.”

In basic terms, this means that a person cannot drive at speeds on a road that a normal person would view as fast or dangerous. This is especially true on smaller or more crowded roads. This also includes when the weather makes the road dangerous through rain, snow, wind, and fog.

A driver is expected to exercise the proper caution and restraint needed in different situations. Just because a road has a certain speed limit does not mean a driver has to do that speed limit all the time. Sometimes the weather may require slowing down.

Consequences of Speeding in California

There are three different consequences a person can face when they are caught speeding by law enforcement:

When it comes to fines and license suspension, the exact amounts depend on how fast the person was going. If the speeds were under 100 miles per hour (MPH), then the person will face the following:

If the speeds where over 100 MPH, then the person will face the following for a first time offense:

A second offense of driving over 100 MPH in 3 years comes with:

A third offense of driving over 100 MPH in 5 years comes with:

On top of the fines, a person will also receive a point on their driver’s license. Acquiring too many points within a time period can lead to a person having their license suspended. If a driver gets:

Then they will be designated a negligent driver and have their drivers’ license suspended.

Lastly, since driving at excessive speeds makes it more likely for a person to cause an accident, drivers who are caught speeding will be held responsible for any accidents that they caused. This means they will also have to face the consequences of any accidents that result from the speeding.

Many drivers fail to realize just how dangerous and problematic speeding can be. Speeding does increase the chances of a driver causing an accident. This is especially true in inclement weather, which is why the state law mentions that drivers need to adjust their speed to match their conditions. If a driver wants to avoid any trouble and avoid paying fines fines, then they need to follow the posted speed limits and adjust those speeds to match conditions. By doing so, a driver reduces the chances of causing an accident and getting a ticket.

What do you think of speeding and the state’s laws on it? Are the consequences for speeding fair or too extreme? Let us know in the comments down below.