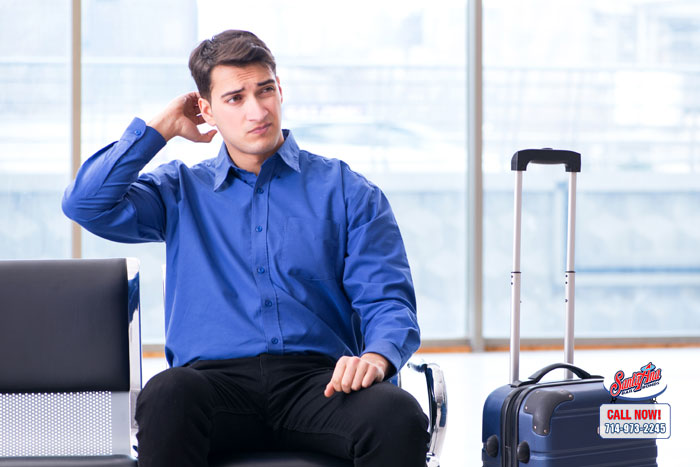 Every once in a while, the media gets hold of a story about someone getting kicked off an airplane. One of the most famous of these cases involved Alec Baldwin who got into an altercation with a flight attendant while he was playing a game on his tablet. While these stories often seem funny when they appear on the national news, the truth is that getting ousted from a flight is serious business that could end with you getting arrested.

There are a few different reasons flight crews remove passengers.

Not Smelling Your Freshest

Give yourself plenty of time to shower before leaving for the airport. Some airlines, including American Airlines, have a rule that if a passenger or their carry-on luggage reeks, the flight crew has the right to kick them off the plane. And it has happened! In 2010, passengers complained about the way a passenger smelled and it resulted in that passenger’s removal. While this would be embarrassing, at least it’s not an issue that Homeland Security is going to get involved with.

Flying with a Dangerous Pet

With an increasing number of passengers bringing increasingly exotic pets on board planes, the airlines have started to explore their options. While they aren’t saying no to all emotional support animals, they are starting to crack down on what types of emotional support pets they’ll allow. One airline recently told a passenger that their peacock was not allowed to fly in the cabin. United Airlines has taken a stance against animals that trigger phobias such as snakes and spiders.

An animal that behaves aggressively will also result in you and your pet being removed from the flight. There is a good chance that the flight crew will call in security and possibly even the police in these instances.

Smuggling Contraband on the Plane

Airlines are sensitive about what they will and won’t allow on planes. While some of these items might seem pretty silly to you, the flight crews don’t have much of a sense of humor regarding the items and getting caught with them will result in you getting kicked off the plane and spending some time talking to government law enforcement officers.

Being Drunk or Intoxicated on the Plane

If you appear to be intoxicated or under the influence of drugs to the degree that they could endanger other passengers or crew members. If you are unable to sit in a single seat with the seat belt properly secured or are unable to put down armrests between seats for an entire flight.

Airlines usually describe prohibited passenger behavior in vague terms such as “disorderly,” “offensive,” “abusive” and “intimidating,” giving flight crew members the ultimate decision on what specific acts are out of bounds.

Although flight attendants say they are placed in a difficult position determining which passengers could be a disturbance — or worse, a threat — they say a passenger’s attitude often is what determines who gets kicked off a plane. Such a decision frequently is made after conferring with other crew members, including the pilot.

The best way to stay out of trouble and ensure that you get to enjoy the entire duration of your flight is by carefully reviewing the airline’s rules a few days before your trip.

Wait, if airlines can kick you off for being drunk, then why are they serving alcohol on the plane?